Felt it in my fist, in my feet, in the hollows of my eyelids.. Shaking through my skull, through my spine and down through my ribs.. 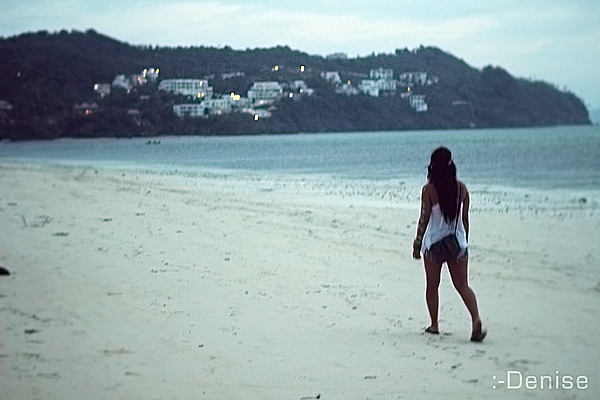 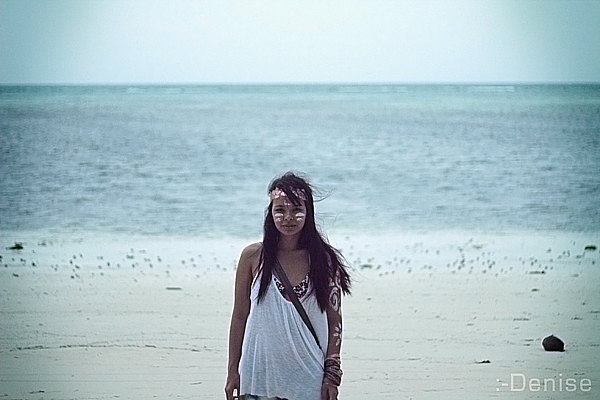 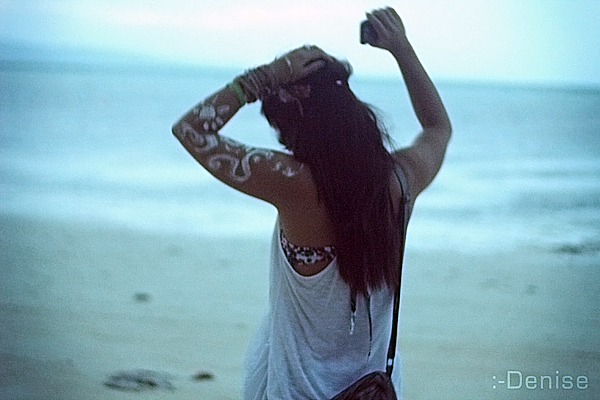 In two days I will be back home. "Dread" doesn't even begin to describe how I feel about that.
Photos by Denise Tolentino, taken days prior to said night.
Posted by Dane at 5:49 AM

Email ThisBlogThis!Share to TwitterShare to FacebookShare to Pinterest
Labels: I live here, Sad

I'm so glad you're safe and I'm a little too shocked to say anything else.

I'm just glad you're safe and I hope these monsters are caught and tortured for harming innocent girls.

oh my gawd, this is horrible dani. i wish they would double up the patrolling in the island especially in dark allu areas of boracay... hopefully, the community guards (from different hotels, hostels, lodging near by each other, locals/ neigboring people would find the initiative give it an extra mile of helping improve safety and security of everyone. a traumatic experience like this, esp visiting the same area again, would need biggest courage and help of friends and family. youre a pretty strong girl, and you will in time get thru this. well, it took me months to recover my experience with mugging a very long time ago in college, also like yours, i was approached at our gate asking me wot time it is... im glad your are safe... always be careful and be with a crowd, not alone, its much safer... sorry for the long comment... will be in boracay with my older sisters on thurs, with our prayers, our trip hopefull will be safe and fun tho. we might visit your lil ti braz... have a blessed sunday my love

now im even more scared to go to bora. im glad youre ok ^^ and i pray people would start caring.

Omg you poor thing. It is awful that this happened but I think its just as bad that a man saw you and just carried on walking. I don't understand how someone could do that. Well done for putting up such a good fight!
In school we used to have self defense lessons. They were great and if you practice regularly it really can save your life but I think a good pair of lungs is your best protection.

That's just horrible! The police should do something about it and quickly before this happens to another girl.

I AM SO GLAD YOU ARE SAFE. Please take care!! *hug*

this is one of the most horrible stories i've heard. im in deep shock and i feel angry. and scared. I can't even start to understand what's in people's minds when they're doing things like this- whether it be mugging,raping, killing. it's an abuse of power. it's horrid. im so glad it didn't turn worse than this- that you managed to fight back.but this is indeed a shocking and horrible thing that has happened to you.
i think i would be in a state of shock for a long time after something like that would've happened. I hope you can get professional help if you feel the need to do so.
my thoughts are with you.
About what to do to change it- i don't know. if i'd be attacked i don't know if i could make a noise. i think a lot of people turn numb and go into shock directly.- making themselves into an easy victim.
i've also heard that if you get attacked you should scream,kick and make as big a scene as you possibly can..
take care
xx

OMG! I got goosebumps just reading about what you went through. Glad that he left when he did and that you're okay. You were very brave for fighting back as hard as you could - braver still for going back to where it happened. Sending hugs your way. <3

Wow! I don't even know what to say! How brave of you to fight back the way you did, and thank God nothing worse happened!

Dani, that's a very scary event that has happened to you. I am without words...
I pray that from now on things will be better for you.

praying for your safety and well being... this is such a terrible thing to be happening..

Be strong and keep fighting those bad guys off! with a pepper spray in hand, of course. Please please get one alright??? Take care!! =)

ohmy dane. this is horrifying. goosebumps all over me. i can't imagine what it's like to,,,, can even say it.

this is so sad because we're supposed to feel safe and secure but for these kinds of incidents , its just terrorizing.

take care dane. doble dobleng ingat palagi. get your self a teargas or something.

When i was in college i always have one at the pocket of my bag. And am prepared to use it.

wish you healing dane. grab a boyfriend to walk with at night.

anyway this happened at Boracay?

wish ko talaga mamatay na yung lalaki na yun. he has no use in this lifetime.

omg... i am speechless. its so brave of you to share your story on your blog. please take care and be safe. xx

Been following your blog for a while and have always thought you're a strong girl - and you always will be, no matter what happens.

You share your story and that's what makes you strong, and amazing :) remember that I'm just one of many many of your readers who offers you support. All the best xox

I am so glad you're safe. I am also glad that you've got fight in you, I wish I could say something similar for others. I have never been in or near that kind of situation, but I'd hope that I would be there to be a helping hand, a kind stranger, or someone who'd take action.

wow. This is my first time on your blog. Thanks for posting this; this is a reality check of sorts for me. I do hope you're feeling better now, and please do take care. It's unfortunate that as much as there wonderful, cool, crazy people in the world that there are also terrible, uncaring, ugly-hearted people. Please stay well.

omygosh :( This is saddening! Stay safe!

these photos are lush!
i wanna be there right now!

i just got thru ur post!
what happened is horrible!
i'm glad ur okay!

hey Dane, i've been following your blog for over two years now and this comment is a first. oh God, what happened to you scared the sh*t out of me and i'm sorry you had to go through this horrifying ordeal. i'm glad you're safe. this sounds like a serial rapist is on the loose in Boracay. anyone can be an easy prey considering how crazy those night parties get in that island. take care!

Hope your healing is going well. Thanks for sharing your story Dane.

Gosh, this is terrible but I'm glad you're all right! You did the right thing putting up a fight, because that usually discourages most attackers. It also helps to scream and attract the attention of people nearby. That guy with the cellphone was a total jerk for not helping you though. I hope he gets mugged.

Oh my god, girl! I'm so glad that you are okay now and going home safely. I really keep things realistic when I go out. I know Ninjutsu, but I know it's not enough to ward off bad people. I never have a big purse with me, and I carry a little knife with me as well.

Again, I am so glad you are safe now. No one should have to go through this!

This is so scary! I'm glad your safe. They should really have more cops patrolling around Boracay at night..

goodness, this is like a wake up call for girls to be extra careful when they're out and about alone....i hope you're doing allright nw, u must be traumatized but you're very strong to actually share your ordeal with the world...i hope you're recovering and whoever the bastard who assaulted you be burn in hell.....

omg this happened in boracay? this just worries me so much! my cousins all 18 will be going there soon and with this incident i just cant help but go paranoid!

hope you are recovering well.

omg! im glad you're ok Dane! :( people should start caring. and girls should be extra careful wherever they may be. nothing is safe in the world nowadays. ;( bIG sAD.

Well I think we should all make a LOUD NOISE and a BIG FUSS on this safety issue in Boracay. Yes, everyone deserves to be safe when on vacation.
That MAN SHOULD BE in JAIL.
Your experience is not going to hurt tourism...it should open the eyes of the officials of that island to work hard on making sure that the island is safe for all, because if they can't, how do they expect to attract tourists who are particular to their safety?
I think you should be an advocate to this Dane. I really think so!

If nothing is done, I can't believe that we are still as pathetic as ever!

really glad you're okay dane. just thinking about the whole scenario made me shiver. It's frightening. I don't know what I'd do if I was in your situation. I admire you for fighting back (not everyone could do that). That guy deserves a lifetime in hell. Be strong and keep on inspiring us. 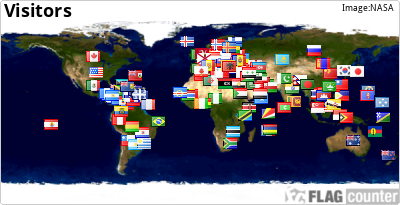