On the eve of the 26th, we had ourselves some wine and waited for my birthday. As soon as the clock struck midnight, I was given a weird fountain flaming shot drink, which got me wasted within the hour. I stumbled home and in and out of consciousness, according to the boyfriend. The next day I found out it was a double shot of Bacardi 151, and some Kahlua.. which would have been enough on its own, without the one or two or three shots of Cuervo.

romper - renegade lovers (made by me), headband - DIY

I finished this romper on my birthday. Lots of cussing and swearing involved, since there was still the party to prepare for. It would probably have all been a little easier had i not had the most magnificent hangover ever.
Had a joint birthday party together with my German sister from another mister (who's bday is a day later). The theme was Mardi Gras/Gay Pride/Love Parade.. and whilst only a few actually came in costume, those who did, went all out, throwing glitter on everyone. The food we prepared ended up being absolutely delish (thanks to her, not me!), everyone contributed a bottle of something.. but we somehow still ended up with an empty bar by 1am. Island people get thirsty in this heat. Of course there was a bit of a cake fight too.. its tradition and chocolate cake always guarantees a messy one. Then we whipped out the karaoke machine and sang our happy little hearts out. The cops came to try to break up the party, and my good friend Ali pleaded with them and asked for a few more hours in exchange for cake and spaghetti. They must have been hungry because I'm pretty sure we woke up the entire island with all the noise..
When almost all the liquor was gone, we moved our little troop to white beach and danced barefoot in the Hey Jude sand. Jude forced us all to drink shots of sambuca and light little fires in our mouths, until finally just before 3am, I decided it was time to walk my extremely intoxicated boyfriend home, and call it a night.

All in all, another successful birthday! Hello, 25!

Email ThisBlogThis!Share to TwitterShare to FacebookShare to Pinterest
Labels: I live here, Vintage, What I wore

INCREDIBLE romper, and I am lusting after your headband.

And that headband is divine! Kick ass.

OOoooh So Happy Birthday to You !!!
"Micro pin up-esque" presence AND subtly gliterry GLAM, OR Frankly What a sparkling/charming equation !!!

I love your blog, very nice :)
Gosh those pictures are making me miss the Philippines more and more!! 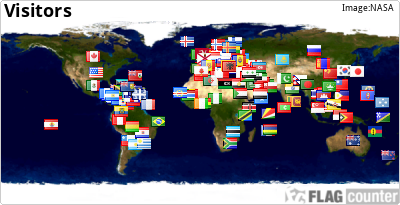